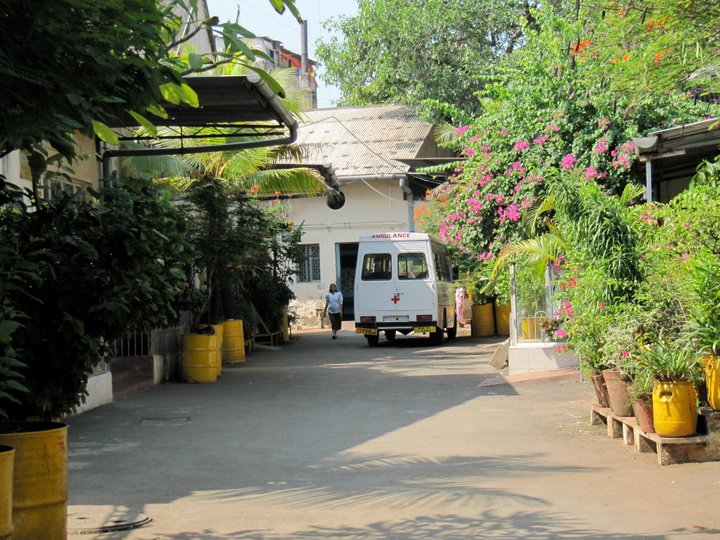 Un-touch’a-ble adj. that cannot or should not be touched.  n. in India, a member of the lowest castes (now called scheduled castes)  Webster’s New World Dictionary

In death, I discovered life.  I couldn’t have been placed in more opposite settings with more different “Me’s” to face them.  Both lessons were the antithesis of one another, but bore the same teacher and his unmistakeable heart.  God?  “God”.  These lessons are still alive and vibrate inside me as they expand my breadth and my worth.  I feel the pulsing of my heart and impact the nearness brings NOW.  Unsolicited tears spring to my eyes and roll big and fat down my cheeks.  It is the unquestionable, all embracing, all encompassing, presence of a non-threatening, unmatched, unrivaled power.  I scribble furiously.  Will I be able to get these words swirling in my head on to the paper before I forget?  I want you to understand how I feel, how I felt.  I want you to feel it too.

As a child I was born and raised religiously.  Religion I discovered to be very structured…. stifling really.  From a young age there was little room for adaptation of belief and a deep suspicion for different ideas regarding religious philosophy.  My rules of morality were clearly defined and outlined with finality from the beginning.  As a child I would lie awake at night worrying that I was bad and that I wouldn’t be good enough to make it to heaven.  I had so many thoughts and questions that I wished would go away.  At age five, I got the courage to ask my Dad my most burning question, “What if I am not good enough and God sends me to Hell?”  My father answered, “God is going to put you wherever you are most comfortable.”  That answer supplied reprieve intermittently throughout my childhood.

But what I didn’t understand about church, religion and God became a personal struggle that brought me a feeling of deep shame.  If everyone around me felt God, why couldn’t I?  Consequently I began to hide my thoughts, especially from the people at church.  Sundays we spent three hours at church, then the remainder of the day memorizing bible verses and learning to sing “Abide with Me” and “The Lord is My Shepherd” in acapela.  I dreaded the time we spent together.  My Dad would get so frustrated due to our lack of focus, and my older brother usually ended up in trouble.  Again, I don’t know if the the darkness I felt as a child was a family problem, a religious problem, or a spiritual problem, but I classified it as a personal problem.  I never doubted “God’s” existence, but I became increasingly convinced that God did not care about me.

A turning point occurred when I was thirteen.  My Dad called our family together at the dining room table to announce that he didn’t believe in God anymore.  He encouraged us to think for ourselves.  My mom believed in God, and my Dad didn’t.  Either idea would be supported in our household, he reassured us cheerily.  Mom was crying.  I became determined to convince “God” of my un-deterred devotion;  I wasn’t perfect, but wasn’t he supposed to be helping me?  I went to my room, shut the door and begged on my knees for God to show me a sign of his existence.  Nothing.  “Maybe he wants me to fast,” I thought to myself.  I don’t remember being especially hungry during those days, but emotionally, it was torture.  The hungrier I got, the more resolve I built for rebellion.  If he didn’t care about me, I wouldn’t care about him.  I ate.  I gave up on connecting with God.  I started thinking for myself.  Alone.

In college I had my first re-encounter with God.  This particular night we were all doing a combination of cocaine and GHB.  Together.  We were at a party in our college town of Santa Barbara, California.  I didn’t care about life, I resented rules, and I prided my self in experimenting with boundaries and limits.  I wanted to learn lessons on my own terms.  That night one of my best friends overdosed.  He died in his bed at twenty years old.  We found Matt’s skinny body lying there on top of the sheets, shirtless and in plaid boxers.  There was vomit dried to his chest  and his vacated eyes stared up and out at the ceiling.  It was this moment that I saw God’s power for the first time.  I realized instantly what a gift life is.  I reconciled with my own spirit and I finally recognized that there was an undeniable spirit in all of us.  Matt didn’t look a thing like himself dead.  His body was an empty shell without the light of his soul.

An irreversible change came over me that morning.  Questions about prestige, success or financial affluence became, all at once, unimportant.  I never thought of my bank account, what I was wearing, or the destiny of the free world in the moment I was forced to surrender to Matt’s departure.  So many matters that had previously seemed important became irrelevant….especially what others wanted for me and what others thought of me.  In their stead came a new appreciation of things which I had once taken for granted: eating lunch with a friend, scratching my kitty’s furry ears to the rumble of his chubby purrs, spending time with family, reading a good book in the eerie cone of my bedside lamp, and raiding the refrigerator for Thanksgiving leftovers at Mom’s house.  For the first time I actually began to savor my life.  I discovered the only person who could live my life was me.  I did not HAVE to do anything that I did not choose to do.  Life became a blessing and an adventure.  Living became a privilege….a choice.

A more recent experience where I solidified my connection with “God” was when I spent time working in Mother Teresa’s orphanage.  It was a gated community in one of the poorest slums of Bombay India.  The gate was useful not just to protect what was inside, but more allegorically, to separate the dying from the living, on the outside.  It was a community referred to as “The Untouchables” by the Indian caste system.  In essence, they were the cast-offs of society.  As I left one evening, I noticed some activity involving an old beat up ambulance, a bunch of Indian paramedics, and the head nun referred to only as “Mother.”  An old crumbling body lay between them in the fetal position.  He was motionless, emotionless, helpless, and hopeless.  His clothes were caked in dirty grime and filth.  The most alarming part however, was the gaping hole on top of his head.  Flies buzzed and maggots were crawling in and around his oozing wound, going about their usual business of eating him alive.  All the medics wore gas masks and gloves to protect themselves from any germs, diseases, body fluids, or smells.  I am assuming the hospital had turned their passenger away, because they were begging the Mother, in quick Hindi, to take him in.  I stood in the shadows undetected.  She listened quietly, and gently reached down to stroke his head with her bare hand.  The security guard opened the gate and bid them in.  Perhaps that man died that night.  There is no doubt that the nuns attended to his wounds, washed his emaciated body, and change his rotting clothes for something fresh and clean.  That old man slept in a bed, under a roof, and he felt cared for, maybe for the first time.  Tears streamed down my face as I walked home.  I knew I would be changed completely by the unconditional compassion I had witnessed.

When I had first walked to the orphanage weeks earlier, I had heard I would be working with some of the most deformed, destitute children in the world.  I feared I would not be capable of “withstanding” it.  I imagined the strength I would need to witness the poverty and gross imperfections these children had to bear.  On this first walk, every muscle twitched with the instinct to turn away and run.  I knew no one would know if I didn’t follow through with my plan.  I was alone in India, and no one had wanted me to go.  I continued on and in.  What did I discover?  That each of these little beings had been created differently than everyone else, but it only made me appreciate their originality more.  The children didn’t know their fate within the confines of the walls.  They were a joyous clan filled with camaraderie.  Many children among them did not have legs, so naturally the kids took turns carrying them from place to place.  On that first walk I sensed blindly that I would find “God” there.  On the walk home, that evening, I knew I had.  Through these profoundly deformed children and the nuns that cared for them, I recognized the belief of being an “untouchable” my self.  I had wasted so much time imprisoned in an illusion of separation.  The TRUTH was that I could not feel love because I was terrified to extend it.  I must give love, and practice it, to feel it.  I had remained “untouchable” until I reached out.  I saw such unique creation in each of those deformed children, and through them I reached out and touched “God”.  The sun set dusty pink over one of the worst slums in India.  The same families I saw every night prepared their straw mats huddled on the side of the road.  Together.

My connection to “God,” or the Source of creation, can be defined as a moment to moment existence.  I have had to realize that expectation of God, life, or other humans does not serve my emotional peace.  I work systematically to remove any expectation about how a relationship with God exists and especially, what it will bring me.  I have realized a relationship with God, or anyone else for that matter, is not about taking, but about giving.  Most importantly, I have learned that praying isn’t about asking, it’s about listening.  I no longer believe God is a Lord who demands my fawning for acceptance, or that he/she lives in some far off galaxy called heaven.  I see him here, now, all around me, in everything and everyone.  I had looked outside of myself for so long, for happiness, love, peace and satisfaction…..yet every prophet points to one TRUTH….everything we need for freedom, serenity, and Utopia is found within.  I realize now that giving love, and the act of giving, in general, connects me to him.  Instead of looking desperately for the answers, I have learned to live my questions.  I continue my search for God in each moment with the knowing, NOW, that we were always connected.